I wrote an article, "We need a plan that adds up", for The Guardian and publicservice.co.uk. For the Grauniad I also created a new graphic which I thought I would show here.

Four simple actions that make significant energy savings, and one that doesn't.
The left-hand column shows five contributors to the average energy consumption of a typical reasonably-affluent Guardian reader. The right-hand column shows the reduced consumption, post-action.
Any comments? Would the figure work better if I put the phone charger in the middle instead of at the bottom of the list?
Posted by David MacKay FRS at 4:20 PM 24 comments: Links to this post 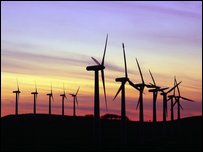 BBC Radio 4 has a programme called More or Less, all about numbers. On 24 April 2009 the programme opened with a conversation between me and Tim Harford, talking about energy numbers. Tim likes the book (in fact he likes it so much that he gets its name wrong!) After me, he talks to a lady from the Sustainable Development Commission who graciously dismisses my book for being full of big equations and too technical. Or something. Can anyone understand what she's on about?
If you are quick, you can listen to the podcast.
I also wrote an article for the BBC website, 'Saving the planet by numbers'.
Posted by David MacKay FRS at 3:45 PM 17 comments: Links to this post

Hot Air Oscars nomination: A Clean Use for Australian Coal

Australian Minister for Resources and Energy, Martin Ferguson, is hereby nominated for the Hot Air Oscar for highest-impact use of the words 'clean', 'ultra-clean', and 'low emissions'.


"This technology unlocks energy from Australia's significant stranded and uneconomic coal reserves."
"Technologies that convert coal and gas to ultra-clean diesel and jet fuel have the potential to replace Australia's declining oil reserves."
"The Australian Government is encouraging the development of coal-to-liquids in Australia through its election commitment to use the $500 million National Low Emissions Coal Fund to support projects generating minimal carbon emissions which utilise our extensive coal resources."


In a nutshell, they're investing government money in turning uneconomic coal that would otherwise have been left in the ground into CO2 in the atmosphere. Brilliant! Icebergs all round!

Thanks to Alexander Ac for the nomination.
Posted by David MacKay FRS at 1:37 AM 1 comment: Links to this post

On youtube, there is a new video, arranged by the University of Cambridge, featuring someone not unrelated to me, holding a lightbulb and talking about energy plans. Hope you enjoy it! It took three days of filming to make it.

[In case the youtube video goes missing, here is the University's 'Cambridge Ideas' page.]
Posted by David MacKay FRS at 3:39 PM 8 comments: Links to this post 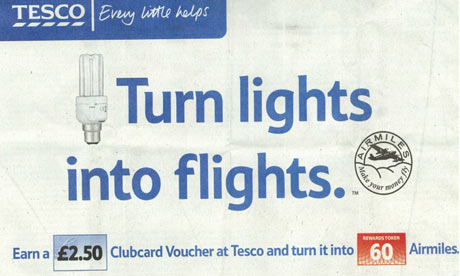 Wow, Tesco has to be a strong contender for the Hot Air Oscar for best consumer-engagement
Posted by David MacKay FRS at 10:28 AM 5 comments: Links to this post