There are many dimensions to a "footprint". In this blog post, I'll look at land area, vertical height, and vehicle movements.

In this table I've highlighted in green the "winning" energy source for each of the footprint metrics.

In terms of visual intrusion, the wind turbines are the tallest, and could be seen from a land area of between 52 and 170 square km, depending how they are laid out. (To roughly estimate an area of visual influence, I computed the land area within which the drilling rig or a wind turbine would be higher than 3 degrees above the horizon, assuming a flat landscape.) By this measure, the shale gas pad creates the least visual intrusion. Moreover, the drilling rig might be in place for only the first few years of operations at the shale gas pad. The solar panels are the least tall, but the solar facility occupies 450 times as much land area as the shale gas pad. (I've assumed that the wind farm and solar parks wouldn't require any additional "intrusive" electricity pylons.)

When it comes to truck movements, all three energy facilities require lots! I've assumed that solar panels are delivered at a rate of 800 (originally 400*) panels per truck; for the wind farm, my estimate is dominated by the delivery of materials for foundations and roads at 30 tonnes per truck; the estimates for the shale gas pad are from DECC's recent Strategic Environmental Assessment and from the Institute of Directors' report "Getting Shale Gas Working". The shale gas pad might require the fewest truck movements, if all water is piped to and from the site. But if water for the fracking is trucked to and from the site, then the shale-gas facility would require the most truck movements.

What can we take from these numbers? Well, perhaps unsurprisingly, there is no silver bullet ­– no energy source with all-round small environmental impact. If society wants to use energy, it must get its energy from somewhere, and all sources have their costs and risks. I advocate deliberative conversations in which the public discuss the whole energy system and look at all the options.

Thanks to Jenny Moore, Martin Meadows, and James Davey for helpful discussions.

The comparison in the table is based on deeming 1 kWh of electrical output from the wind to be 'equivalent' to 1 kWh of chemical energy in the form of gas. This is the conventional equivalence used for example in DUKES and in Sustainable Energy - without the hot air. The following differences between the energy sources should be noted.

My estimate for vehicle movements for large wind-farms is based on Farr wind-farm. I'm sure there is considerable variation from project to project, and I would welcome more data. For the number of truck movements required for a wind farm, I reckoned there would be about 870 movements to bring in the turbines themselves [counting an in-bound and out-bound trip as two movements], and significantly more movements to bring in the materials for roads and concrete for foundations. Some of these materials may be mined from quarries located on the wind-farm, which would then involve no vehicle movements on public roads; based on Farr wind-farm (where three quarters of the road materials were sourced on site) [sorry, I don't have a link for this fact], the road building would require 2774 vehicle movements for a 174-MW windfarm, and the foundations would require another 4140 or so – in total, about 7800 vehicle movements.

Potential greenhouse gas emissions associated with shale gas production and use.
Posted by David MacKay FRS at 3:13 AM 38 comments: Links to this post

Embodied energy in a car - update under way

John Biggins sent me a helpful email querying a number in my book's chapter on "Stuff".
I have a question about the embedded energy in a car, which you quote at 76000kWh. That seems awfully high to me. To a first approximation a car is a tonne of steel, with a raw material energy of 6000kWh: an order of magnitude less.The (admittedly biased) Society of Motor Manufacturers & Traders report quote an even lower figure of 2000kWh per car (page 17), which I suspect is probably meant to be simply the energy used per car by the car plant, neglecting materials.
The guardian also wrote about this in 2009 .
They asked a few manufacturers, and arrive at a figures in the ballpark of about 1-4 tonnes of C02 to produce a car, which we might reverse engineer guessing most of the CO2 comes from coal burning in either steel production or electricity generation, to get ballpark figures of probably no more than 10,000kwh per car.
Since these estimates actually differ from your figure by a magnitude, I thought I'd write and ask whether you particularly believe your 76,000kWh figure. Do you have any back-of-the-envelope type way to understand it? 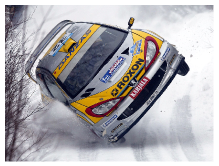 This blog post is where I will record my working on this question. I will aim to justify or adjust my answer within a month, and will add to the book's Errata if necessary. If anyone wants to send me good references on embodied-car-energy to add to my own, please post a comment. Thanks! David

Posted by David MacKay FRS at 8:49 AM 9 comments: Links to this post