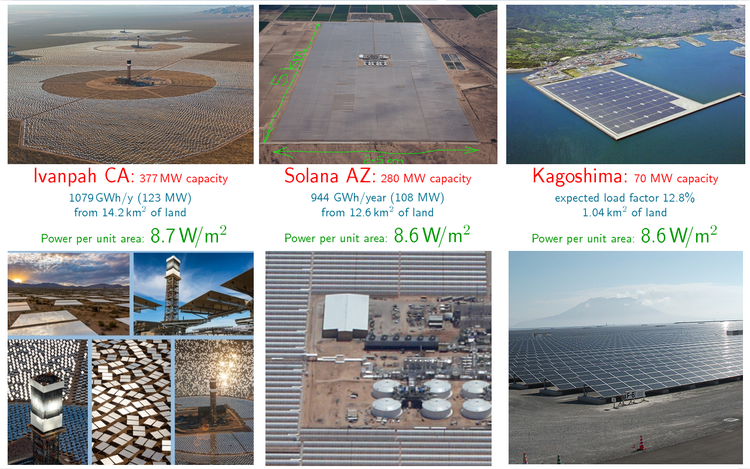 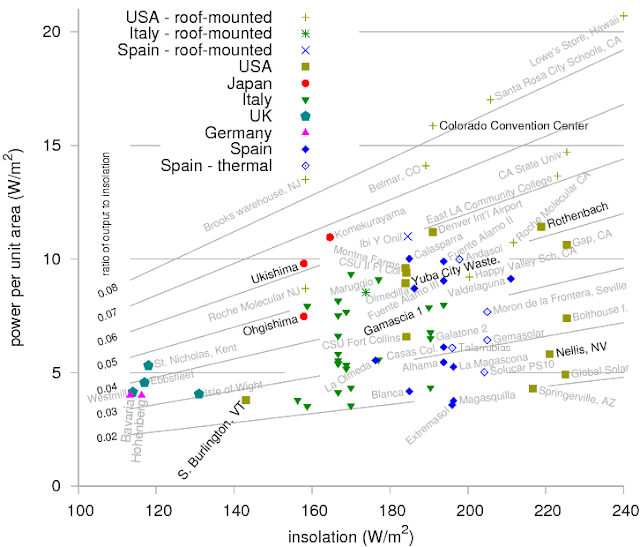 Could you show the maths behind the calculations below the pictures.

Ivanpar is approx 12 times larger than Kagoshima yet for the same power density of 8.7/8.6 only produces approx 5 times the power?

Is Kagoshima twice as efficient as Ivanpar and if so why would you want to build an Ivanpar?

Could you show the maths behind the figures under the pictures.

Ivanpar is 12 times the size of Kagoshima but only seems to make 5 times the power? but they have approx the same power density? I cant see how the figures were derived

Ignored by DECC; I wonder why.

Very nice to see occasional follow-ups on your SEWTHA book (like for the hydrogen)! Thanks for all your past (and current) hard work on this topic

Thank you for putting these figures out in the open!

There's nowhere near enough numbers in the discussions of energy supply, but your book is always a great starting point.

Of note is the fact that Kagoshima is the southern most location of the 4 main Japanese islands. So productivity anywhere else in main Japan would be significantly lower.

Most of the solar is instead currently installed on the Hokkaido island which is at a latitude about 1300 km north of Kagoshima, since this is where land is cheapest.

In reply to Sb [November 18, 2013]: Ivanpar does not "produce 5 times the power" - you are comparing the "capacity" - which is 5 times as big; but capacity is not the average power production. The average power production is the capacity times the load factor. If you put Ivanpar in Japan it would have a lower load factor, like Kagoshima. If you put Kagoshima within spitting distance of Las Vegas it would have a higher load factor.

Agua Caliente solar farm is installed with more than five million PV panels. This $1.8bn solar project was originally initiated by NextLight Renewable Power, which was acquired by First Solar and now NRG Energy acquired the project from First Solar.

How well would a solar power station work in the north west of England in an area of few sunny days?

They've been able to improve the efficiency of the solar panels quite a bit in the last little while. I've seen tons of people installing solar panels on their houses. I've even seen a couple that engineered road solar panels to give energy to entire cities with the cities' own roads. It's pretty cool. http://www.solarrfp.com/index.php/solarbasics